Cybill Shepherd didn’t know if she would ever experience parenthood, but becoming a mom was always on her priority list. Fortunately, the Moonlighting actress made that dream come true when she welcomed her three kids, Clementine, Ariel and Cyrus.

Cybill began her journey of motherhood in the late 1970s. The Cybill alum was previously linked to ex-boyfriend Peter Bogdanovich for years, but when he refused to have any kids with her, she decided to leave the relationship. “He already had two kids with Polly Platt and didn’t want any more. I really wanted to have children,” she once explained to Ventura Blvd magazine. 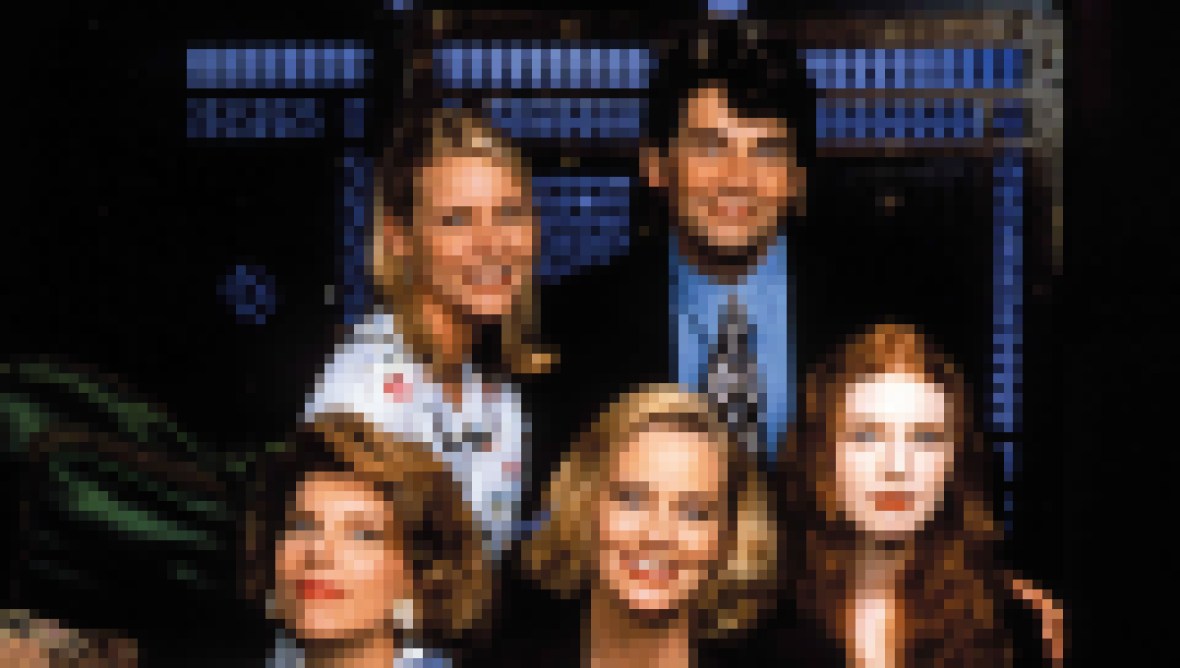 See What the Cast of 'Cybill' is Up to Now!

After calling it quits with the famous director, she found love with her first husband, David M. Ford. The couple married in 1978 and the following year, their daughter, Clementine, was born. However, Cybill and David’s romance was over by 1982.

After splitting from David, the Last Picture Show actress moved on with her second spouse, Bruce Oppenheim, in 1987. That same year, the couple welcomed their twins, Ariel and Cyrus, but Cybill and Bruce ended their marriage after three years in 1990.

No matter if she’s spending time at home or acting on the set of a hit TV show, there’s not a moment when Cybill doesn’t have her kiddos on her mind. In fact, the Taxi Driver star revealed her children were all she was thinking about when she had a near-death experience while battling cancer in the early 2000s.

Cybill once recalled the scary situation during an appearance on Today in 2015. “I felt my soul went up to a star,” she explained at the time. “And then I said, ‘You can’t go there; you have three children. Get back down there. You’ve got to stay alive.'”

Fortunately, Cybill was given emergency treatment for her skin cancer, according to People, and she’s better than ever. Nowadays, she focuses on being a doting mom and accomplished actress all while aging gracefully in the spotlight. “Learning to love ourselves as we age is one of the most challenging things we can do,” she once shared, per Total Beauty.

Scroll through the gallery to learn more about Cybill’s kids!

Cybill’s eldest child was born on June 29, 1979. Like her mom, Clementine is a talented actress, having starred in Girltrash: All Night Long, Last Goodbye and Cherry Falls. Per IMDb, Clemintine also has credits in The Young and the Restless, The L Word, House and American Pie, as well as her mom’s eponymous show Cybill.

As far as her personal life, Clementine was married to her first husband, Chad Todhunter, from 2000 to 2004. Following their divorce, she tied the knot with her second and current spouse, Cyrus Wilcox. The lovebirds share two kids, Elijah and Welles, according to IMDb.

Ariel, who was born by the name Molly but goes by her middle moniker, is one of Cybill’s twins who was born on October 6, 1987. Acting runs in the family, so it’s no surprise Ariel is big in Hollywood. So far, she has credits for writing three episodes of Vampirina, eight episodes of Solar Opposites and one episode of Clifford the Big Red Dog, among more.

In 2019, Ariel and her partner, Eliza Ladensohn, tied the knot in a romantic ceremony in Palm Desert, California. According to the Daily Mail, the lovebirds were surrounded by their friends and family, including Cybill, as they said “I do” at the luxurious Stone Eagle Golf Club.

Cyrus is Ariel’s twin brother who also arrived on October 6, 1987. Out of all three of Cybill’s kids, Cyrus has lived the most low-key life, having stayed out of the spotlight as much as possible. However, he has made a few red carpet appearances over the years and made headlines in 2010 after being arrested on theft charges, per CBS News.

NBC reported the incident happened when Cyrus was traveling back to Philadelphia, where he studied pre-law at the University of Pennsylvania. His defense attorney, Bill Brennan, said the charges were “serious, but minor,” and Cyrus was ordered to attend AA meetings and pay $55 in restitution as part of his sentencing.

“Basically, the case is kept in limbo for a year,” the attorney said at the time. “At the successful conclusion of the year, all charges are dismissed and the record of his arrest is expunged. It would be as if this never happened.”