Looks like Brad Pitt and his ex Jennifer Aniston are feeling the holiday spirit. On Saturday, December 14, In Touch can confirm the actors were seen reuniting at the former Friends star’s Christmas party. Though the two shared a messy split back in 2005 after Angelina Jolie came into the picture, an insider exclusively tells In Touch they’ve “clearly made amends” and put all the drama behind them.

See All the Hollywood Women Brad Pitt Once Dated

“They’re obviously on friendly terms, and the more time that passes, the closer they seem to be getting,” the source told In Touch. “Brad has clearly made amends with Jen. It’s part of his new sobriety, and Jen has obviously forgiven him. This show of solidarity, at a small gathering like this, is very special. It’s a very grown up gesture on Jen’s part. You also have to remember, it’s a Christmas party, and they do have a lot of the same friends in common.”

This isn’t the first time the two exes have partied together. In February, Brad, 55, attended Jen’s 50th birthday bash. When the Once Upon a Time … in Hollywood star was seen walking into the event, the photos lead to speculation that they might be getting back together. However, the Hollywood hunk was quick to shut those rumors down.

In May, a paparazzo spotted Brad out and about. When he got a chance to ask a question, he shouted out, “I gotta ask you, everyone wants to know, are you and Jen getting back?” But instead of answering with a yes or a no, the Fight Club actor made it clear exactly what he thought of that by laughing. “Oh my god,” he said, before putting an end to the whole conversation with, “All right, have a good one.”

Despite the drama that followed her divorces, Jen is known for staying ~friends~ with her exes. It may have taken some time for her and her first husband to get back on good terms, but she and her second husband, Justin Theroux, have had nothing but love between them ever since they revealed their split in 2018. In November, they even celebrated Thanksgiving together, cuddling up in a cozy holiday photo with the rest of their friends. “Very, VERY thankful for these friends and these nights,” the Leftovers star captioned the picture. 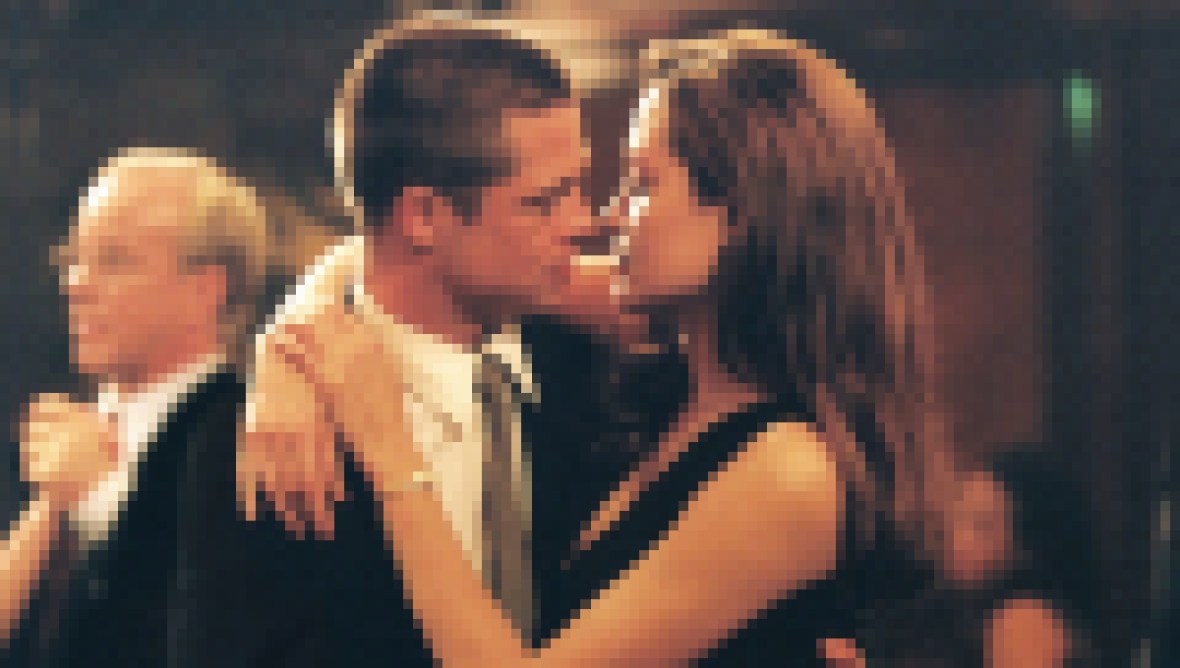 Meanwhile, it seems like Brad is taking a page out of Jen’s book and is learning how to be on good terms with Angie, his second ex-wife and the mother of his children. A source close to the star exclusively told In Touch that he is planning on spending Christmas Eve with his kids. “It looks like Brad and Angie are finally setting aside their baggage so that some of the kids can spend Christmas time with dad. Brad’s getting Shiloh and the twins, Knox and Vivienne, for part of the holiday.”