Like many Classic TV sitcoms, a show like Bewitched would seem to be very much of its time; a prism through which to view the past and see how different that world is from ours today. But given the racial unrest that has so consumed the country, it’s necessary to take a look back at an episode of the show from 50 years ago that drives home the point that as much as things have changed, the underlying issues remain prevalent. 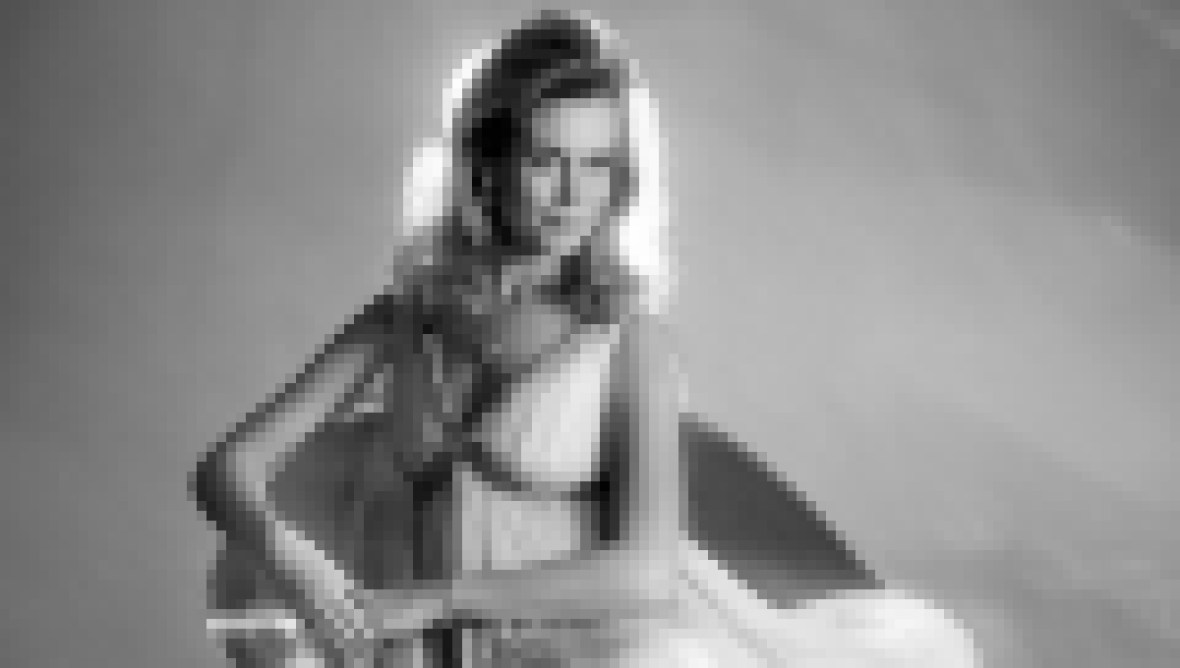 Titled “Sisters at Heart,” it originally aired on December 24, 1970, and focused on the friendship between little Tabitha Stephens (Erin Murphy) and her friend Lisa Wilson (Venetta Rogers). They’re upset when they decide they want to be sisters and bullies mock them saying they can’t be, because Tabitha is white and Lisa is black. The other storyline in the episode is that when an advertising client — representing a million-dollar account — stops by the Stephens’ household, he mistakenly believes that Darrin (Dick Sargent) is married to a black woman, actually Lisa’s mother (Janee Michelle) and tells Larry Tate (David White) that he doesn’t want Darrin on the account.

The latter story concludes with Larry actually doing the right thing and telling the client that he won’t do business with a racist, and Samantha taking things a step further by invoking a spell that causes the man to see everyone (including himself) as black. When the spell wears off, he changes his ways and repents his racism. And with the kids, to make them sisters, Tabitha weaves a spell which results in her having black polka-dots on her face and white polka-dots on Lisa’s. Thankfully she reverses the spell by the time Lisa’s parents (Don Marshall plays her father) come back to the Stephens’ home to pick her up. 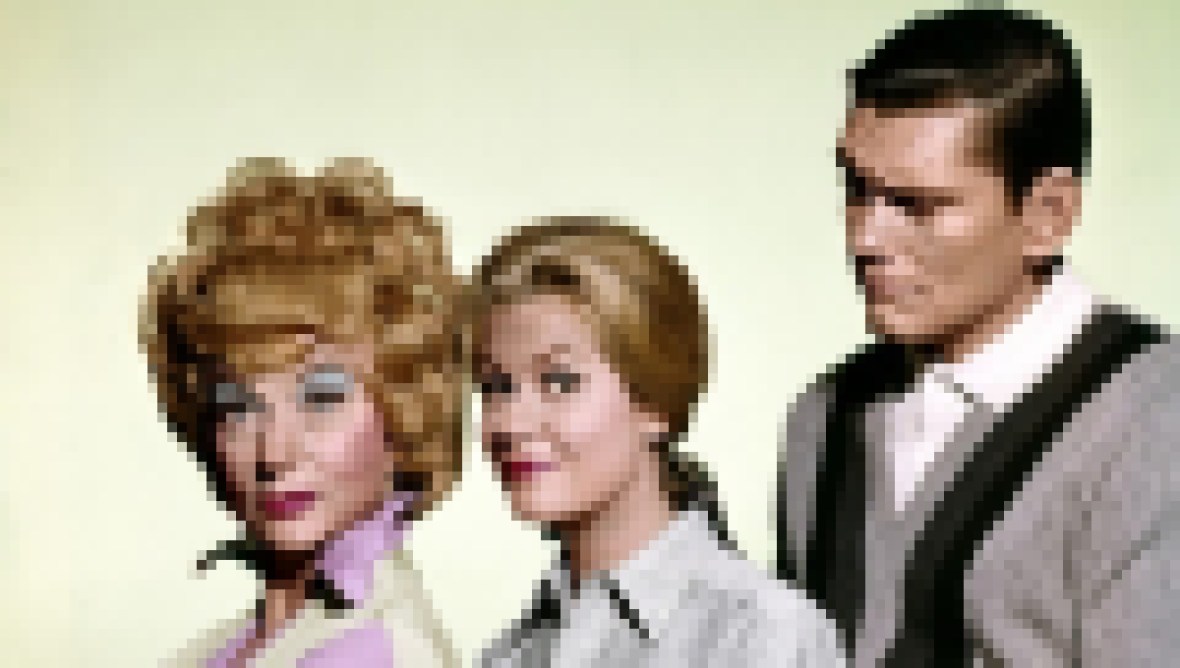 EXCLUSIVE: Here's What Happened to Agnes Moorehead of 'Bewitched'

Erin, in an exclusive interview with Closer Weekly, notes, “I remember the entire process of that episode, because it was completely different than usual. Typically we would have one of our regular Bewitched writers write the episode, we’d do our weekly table read on Mondays and then film throughout the week. But this episode was written by a 10th grade English class from Thomas Jefferson High School, so for the table read they had the entire class and their teacher come to the set. It was a great experience and it was Elizabeth Montgomery’s favorite episode by far. I love the episode as well. I didn’t even realize all the political implications associated with the episode. When the Watts Riots happened in 1965, I was a baby. This episode was five years later.”

For more behind-the-scenes information on this episode of Bewitched, please scroll down.

As to how the episode came about, Erin explains, “What happened is that their English teacher went into class and was talking about the assignment the kids were given the night before, but it turned out that the majority of the class had not done the assignment. But, they all watched that night’s episode of Bewitched. Since it was an English class, it was kind of decided that if they loved the show so much, the class should try writing an episode of Bewitched.”

Herbie J Pilato, author of The Essential Elizabeth Montgomery: A Guide to Her Magical Performances and Twitch Upon a Star: The Bewitched Life and Career of Elizabeth Montgomery, comments, “Writer Barbara Avadon, a veteran of The Donna Reed Show and, later, Cagney & Lacey, had stopped writing for Bewitched when [producer] Bill Asher phoned her and explained how the school children had written a solid script, which only needed a slight rewrite.”

Barbara Avedon detailed to Herbie in an interview, “So I went down to Jefferson High, which was an inner-city school, and I was horrified. Locker doors were hanging off their hinges, there wasn’t a blade of grass in sight. What was worse is that these kids had been reading on a third-grade level. It was awful. But I walked into their classroom and when their teacher, Marcella Saunders, asked who had watched Bewitched the night before, every hand in the room went up. So I asked them why they liked it.”

She continued, “Well, one young male student replied, ‘It’s a mixed marriage. She’s a witch and he’s human and she could have anything she wants, but doesn’t use her powers for selfish reasons. Only once in a while to help her husband.’ It was a really wonderful moment.” Reading the story the class had written, she admitted that she was amazed.

“The script,” Herbie points out, “was as good as any that she had seen from established writers. It just had to be polished up a little.”

Barbara told the class, “I don’t like to be rewritten and I don’t want to rewrite you. But maybe if we work together, I think we can really create something beautiful.” The one major change she suggested was that they make the episode with a Christmas theme, because it was so imbued with the spirit. And after I finished speaking with the class, they all just sat there stone silent for  a minute. Then one of them stood up and introduced himself. Almost immediately, the other students rose one by one and the class and I became friends.”

Details Herbie, “Their teacher, Marcella Saunders, could not say enough good things about this matchless Bewitched experience. ‘We were writing a Christmas story,’ Saunders said, “and we were experiencing a Christmas story. Everyone on the set was pleasant and supportive.’ Dick Sargent credited Saunders as the igniting force behind her students’ creativity.”

As Elizabeth Montgomery herself would tell Herbie in an interview, “It was created in the true spirit of Christmas, conceived in the image of innocence and filled with truth.”

Dick Sargent opined to Herbie, “She was interested in innovative forms of teaching. These kids, who might have been stuck in the ghetto for the rest of their lives, loved Bewitched, and with just a little approval and motivation, came alive on the set. One of them was the assistant director, who had the chance to scream, ‘Quiet on the set!’ It was marvelous. Doing the show gave them, at least for a brief time, a change of pace and scenery, in which they reveled.”

Erin muses, “Kids see things differently than adults do, but I think Elizabeth Montgomery, William Asher and the other people in charge read their script and were compelled by it. It’s definitely been one of the episodes that I’m asked about the most. And it even won a special Governor’s Emmy Award that year based on its impact.”

While Erin may not have recognized the importance of the episode at the time, she certainly has over the years. “Historically,” she says, “those were tough times in America and it breaks my heart. Now I’m having conversations with my kids about how much has changed and, unfortunately, how much it’s stayed the same. The Watts Riots were the result of police brutality; the Rodney King riots, when I was in my 20’s, were a result of police brutality. So the fact is that was we, as a sitcom, were willing to tackle such a sensitive subject and tried to explain it in terms that even children would understand. That’s why my character wanted to be sisters with her friend who was African American and she came up with the polka dots. But in the end, just the concept that we were sisters at heart, that we didn’t need to have the same color skin, that we were still sisters, was just a beautiful concept.”

There were, says Erin, many issues that the show tended to address: “There are a lot of underlying themes that kind of cross over to all different groups of people. I think Elizabeth Montgomery and her husband, Bill Asher, were political people and I don’t think they were afraid to kind of face the issues.”

“At its core,” Herbie says, “directly and indirectly, Bewitched promotes diversity and derails prejudice. Samantha was a witch in Darrin’s mortal world, and the show represented TV’s first what used to be known as ‘mixed marriages.’ Samantha and Darrin loved each other for who they were, despite their differences in cultural heritage. They ultimately respected those differences, but more than anything focused on what made them the same: their love for each other.”