Quentin TarantinoAwards season isn’t over quite yet! There are still plenty of accolades to hand out, as with just one week before the Academy Awards, the BAFTAs land — and the stars arrived to this special event looking incredible!

On Sunday, February 2, some of the biggest stars in the industry put on their best outfits to impress. Famous faces like Brad Pitt, Scarlett Johansson and Charlize Theron made the trip down to the Royal Albert Hall in London’s Covent Garden to see if they will hear their name called.

See Your Favorite Stars as They Hit the 2020 Golden Globes Red Carpet!

Two other very famous stars were there too — both of royal status! Kate Middleton and Prince William. The couple have also attended the awards show in the past, and actress Alison Janney — of Juno and I, Tonya fame — once revealed she had quite the awkward moment run-in she had with the Duchess of Cambridge.

“I did meet Kate and William, and she was in her heels and pregnant, so I felt like a bit of a wimp that I was there in my bare feet,” Alison, 60, told James Corden on The Late Late Show back in 2018. “She was in full on heels, and she was my height when I was in my bare feet, it was kind of extraordinary that she’s that tall. I told her that I was in bare feet and I told her that she should take her shoes off cause she’s pregnant. It was an awkward moment.” 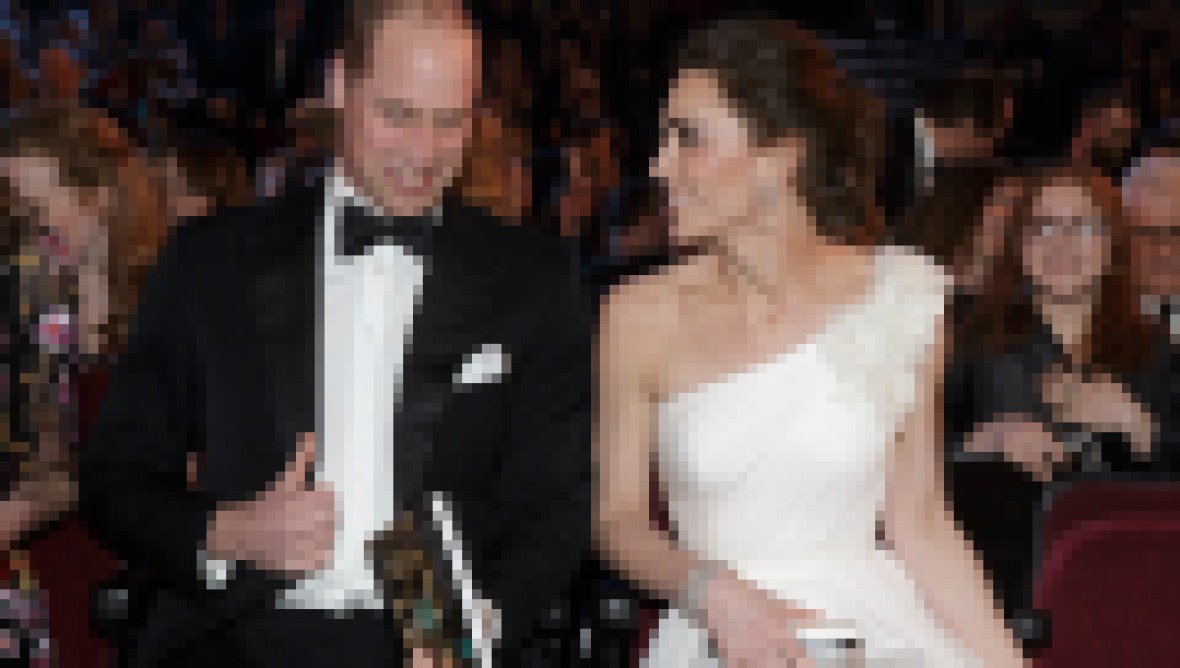 Kate Middleton Turns Heads at the BAFTAs With Prince William — Have a Look!

The Mom costar also broke royal protocol by calling Kate “honey.” “That might not have been royal etiquette,” she recalled. Too funny! We are looking forward to more memorable stories and encounters in this year’s show!

Scroll on down to see all of the stars arrive in style for the BAFTAs!

Laura had a huge 2019, and she looked like she was ready to continue that success in 2020!

Classy as always! Olivia wore quite the dress on the red carpet.

Scarlett turned heads a usual, in her fantastic dress with a ruffled bottom.

The famous royals arrived looking incredible! William went with a tux, while Kate with a beautiful dress with gold patterned.

The big-tie star decided to wear a lovely all-black dress — what a look!

The blonde beauty with the purple route while on the red carpet!

The big-time director may bring in more hardware, and he was looking real smooth just in case!

The Judy star wore all pink with a beautiful long dress.

Aww! Hugh and his lovely wife stand alongside each other while posing for cameras.

Legendary actor Robert De Niro looked quite happy to be at another award show, as he sported a tux!

He had arguably his greatest performance in Joker, and he’s accepted to continue to reel in the awards, so it’s is no surprise Joaquin looked so great for the special night!

The iconic actor couldn’t help but smile while on the red carpet. It also helps that his film, The Irishman, is nominated a ton!

The 1917 director kept it simply and classy with a dark suite and sleek black tie.

The night’s host turned heads with quite the bold jacket over a beautiful black dress shirt.